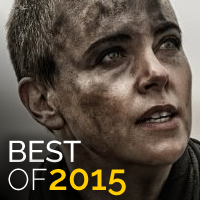 It always takes some time to feel ready to post the best movies of the year. While I get to the Oscar nominees pretty early, there are the dozens of fantastic smaller and ignored films that take some time (and are still coming to DVD or Streaming). There are many left on “to see” list of 2015.

This year saw some real entertainment from Hollywood and fewer of the super depressing films they’ve made in recent years. So with no apologies for getting it all wrong, here’s my Top 20 for 2015.

END_OF_DOCUMENT_TOKEN_TO_BE_REPLACED

I have done really well on my annual attempt to see all the big Oscar nominees by show time (Sunday, February 28) – and even better to anticipate them by nomination time (Thursday, January 14). After seeing a great New York Times article listing who Manhola Dargis, A.O. Scott, and Stephen Holden thing the nominees should be, I decided to have a hand at my own list.

From the Times, I learned how many films I still haven’t seen that are quite notable, even if they will be ignored the Academy of Motion Picture Arts and Science. They cite The Assassin, Experimenter, Results, Clouds of Sils Maria, Tangerine, 99 Homes, James White, The Diary of Teenage Girl, and two films I just never got around two seeing, Magic Mike XXL and Grandma. So for an amateur film buff, I might have done all right, but I have miles to watch.

Here are my thoughts on which Actors should be nominated based on the power and quality of their work. They ignore the Academy’s usual disdain for certain genres. They also don’t accept a lead role being positioned as supporting to help move an actor into a more winnable category.

END_OF_DOCUMENT_TOKEN_TO_BE_REPLACED 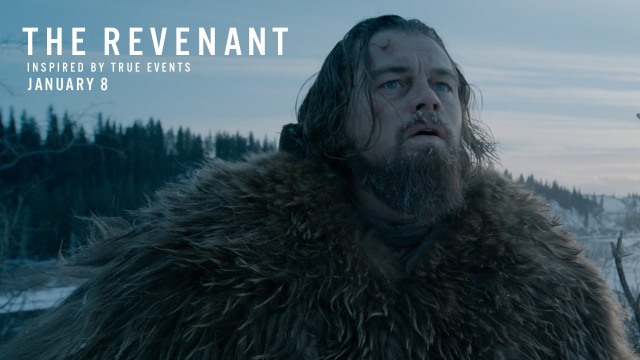 About: An 1820s scout must survive the American wilderness as lots of really bad stuff happens to him and everyone else.

Starring: Leonardo DiCaprio, Tom Hardy, Domnall Gleeson (who has had quite the year with Ex Machina, Brooklyn, and Star Wars), and that kid from We’re the Millers (Will Poulter)

Directed: Alejandro González Iñárritu – If Birdman didn’t win you over to his skill, this will. He is a modern day master especially with his ability to craft a shot.

Best Thing About It: Wow is this film beautiful and captivating. Long uncut shots (no surprise) with 360º swings, incredible vistas, gorgeous framing of the magnificent wilderness. Nature (mostly Canada, some Argentina) which is a co-star in this film, does its job outstandingly, and is captured with mastery.

Worst Thing About It: This is not a film for everyone. It is long. There are huge periods of silence. The plot of the movie isn’t that challenging.

And it’s pretty gross. The battles are realistic with gruesome resulting injuries. On-the-fly surgery is worse. There is a nasty persistent racism towards American Indians and the violence towards woman is raw and horrific. Animals are shown and eaten in all sorts of ways you’ve never desired. It’ll be a tough sit for many people. Know yourself.

Notable Things About It: Just give Leo the Oscar already. 5 nominations. Should have won for The Aviator. This role was physically brutal. As IMDb reports, he grew that nasty beard, learned to shoot a musket, build a fire, and speak two native American Languages (Pawnee and Arikara). Just give him the Oscar already! (By the way, Tom Hardy is pretty outstanding too, but will get no Oscar love)

Overall: The movie is a pleasure as a visual feast and for the acting. But somewhat like Birdman, the plot is not captivating enough. Go see it as it really should be seen on the big screen.