The following is adapted from a sermon I gave on Friday, January 29, 2016 at the Reform Temple of Forest Hills, my synagogue. It reflects in words and pictures the powerful experience I had in the Dominican Republic to challenge the bigotry that exists forcing Dominicans of Haitian Descent into losing their nationality and even their homeland and my amazing opportunity to work with AJWS to challenge it. (Photos look best on computer over a handheld device) 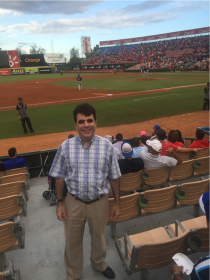 It was the Dominican Republic championships. The season of baseball in baseball crazed DR had come to down a best of 9 – yes, a 9 game – playoffs between the two powerhouse Santo Domingo teams – the Tigers and the Lions. On our only evening off during my trip with AJWS, five of us had managed to somehow get tickets.

Because both teams share Juan Marichal Stadium, the fans were divided into sides of blue and red at home plate. The rivalry was strong and we enjoyed empanadas in our seats and an intense game of béisbol.

It was 4-4 in the 6th inning. As I watched the collection of peripheral major leaguers, minor league prospects, and local standouts, I couldn’t help but think of another baseball player: Ignacio Gabriel. 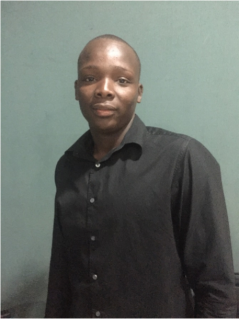 Ignacio doesn’t have a baseball card or a ranking as a prospect. He was a 17-year-old I had met a few days earlier. Ignacio was charming, confident, and friendly. The youngest of 4 brothers, his family was too poor to send him school and so he worked thanklessly in the sugar cane fields. But he had a passion. He loved baseball. And he was good. His right handed power arm caught scouts attention and at 14-years-old he was signed by the San Diego Padres to their Dominican training camps. This was a lifeline for his family. The meager signing bonus allowed him to provide food and clothing to his family. His fastball kept getting better and touched 94 MPH. Everything was unfolding like a dream for Ignacio. Except one thing. Ignacio didn’t have his official identity card. END_OF_DOCUMENT_TOKEN_TO_BE_REPLACED

I had the privilege of writing a guest blog post for RJ.com and for NFTY on encouraging our teens to give diver Torah more often.

Check it out here at Rj.org 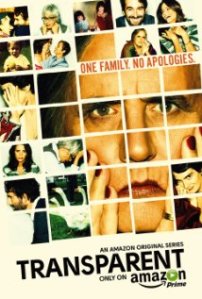 Transparent is the best Jewish show on television. The premise and goal of the show is not about Judaism at all. Most obviously, it is about Maura, a recently out trans woman and the ramifications of her revelations to her three children. It is also about the three sexually diverse adult children who are extraordinarily selfish (actually all the main characters are pretty self-absorbed) and each engages in different sexual explorations as adults (and also in flashback as teenagers). Brutal, honest, complicated, awkward, and real.

However, the family is also Jewish. And they are real Jews.

END_OF_DOCUMENT_TOKEN_TO_BE_REPLACED 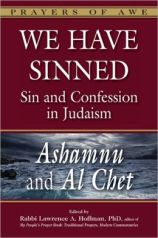 We live in a fascinating time full on new ways to wrong ourselves, others, and the planet. These are Modern Sins.

Below is a collection of a few modern sins I’ve come up with in the format of the Yom Kippur prayer “Al Chet Shechatanu…” “For the sins we’ve committed.”

What are the modern sins you are guilty of?  Post one in the comments below.

Al chet shechetanu… For the sins we have committed…

For all these sins, may we work to change our ways and then probably Tweet about it (#ModernSins).
Add your own Modern Sins below.

I was walking to Temple needing some inspiration. Over the course of a couple blocks I saw these signs. For me, they told a story and gave me a little lift. 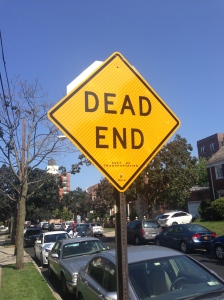 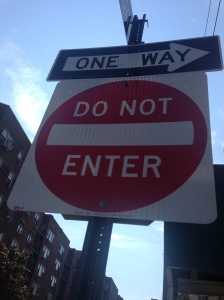 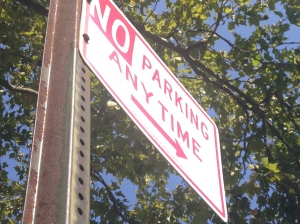 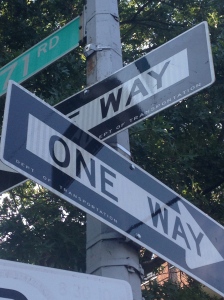 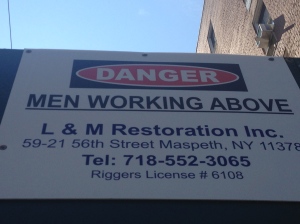 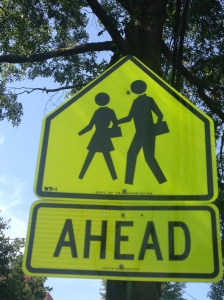 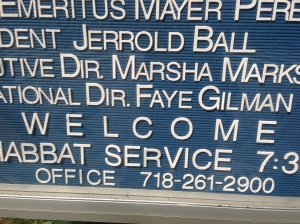 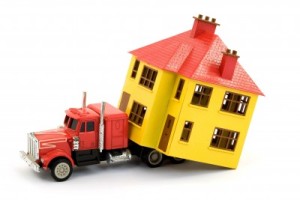 12 months later and, as Yogi Berra said, it is Déjà vu all over again. I’ve moved cross country. My stuff is delayed (and I stand by my original post on “Stuff”). Constant change and transition is tough and many of us are not cut out for it.

What makes it especially challenging is nothing is obvious and easy. From where to get lunch to where are my black pants, there are few consistent things in a new town with a new job with an empty apartment. The change is the main constant.

So with all the things that change, let me focus on what has stayed them same.

END_OF_DOCUMENT_TOKEN_TO_BE_REPLACED 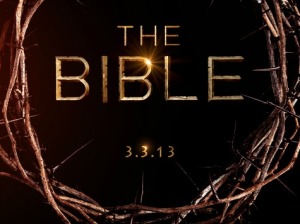 The Bible is inherently cinematic. it has the global story filled with dramatic tension, complicated personal lives, special effects, war, comedy, power, surprises, and much more. It is Game of Thrones with more violence and sex, but without Peter Dinklage.

So when The History Channel’s The Bible miniseries was announced, I was curious to see how a modern television version might put out a sweeping run of biblical stories. Along with millions of Americans, I watched the 10 hours of The Bible and I found those key elements – it was dramatic (the overbearing score reminded me of that), intense (the constant violence made sure I knew that), and passionate (all the shouting made sure I was aware they were playing IMPORTANT characters). 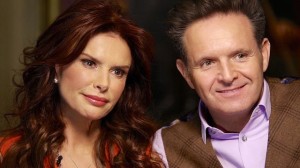 The Bible was produced by Mark Burnett (from Survivor) and Roma Downey (from Touched by an Angel) as a….well, passion product. They hope to bring over a billion new readers to the Bible. To help you on your journey there is the companion website, and they have created a merchandising machine – a companion novelization (Stephen Colbert had something to say about that), soundtrack,, DVD (on sale today!), mobile app, and more. Their “passion product” has also become a money making machine.

But while they attempted to make a family-friendly, marketable Bible for today, there were some areas of significant concern. And areas where I would have wished things were different.

END_OF_DOCUMENT_TOKEN_TO_BE_REPLACED 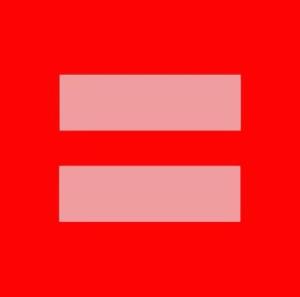 A beautiful post by Rabbi Eleanor Steinman of California Faith for Equality on the recent mass changes in profile pictures on Facebook for Marriage Equality. I get quoted.

Check out her whole blog for her personal recap of going to DC for the Supreme Court hearings on Prop 8 and DOMA.

And also check out some of the incredibly creative varieties of the Marriage Equality logo here and here and few selected images below. 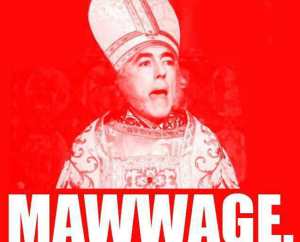 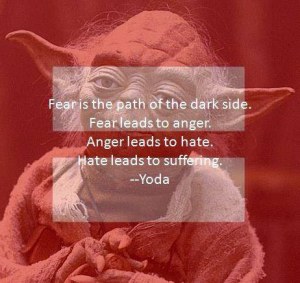 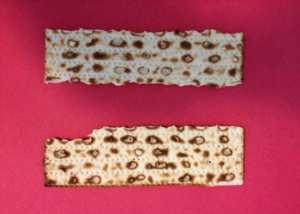 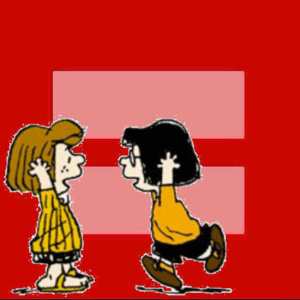 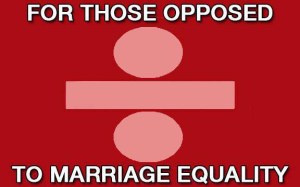 Today’s post can be found on the blogs of the CCAR Convention at http://convention.ccarnet.org/emeritus-pope-and-rabbi/ 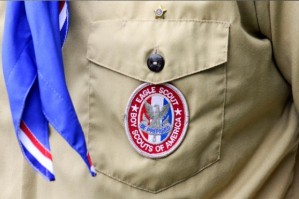 As has been well-reported, the Boy Scouts of America (BSA) are reviewing their policy  this week on discriminating against gay scouts and troop leaders. Supposedly, they are considering letting each indivudal troop make their own policy.

I am dubious of the whole enterprise. With Mormon and Catholic money at the center of BSA funding, I doubt they would allow such ‘immorality’ in the organization they fund. What would national Boy Scout events look like with religious conservative troops enacting such a ban and tolerant, diverse troops having gay scouts and leaders? Still, any step forward is a step. Even ‘separate, but equal’ is better than ‘nothing at all.’