I love the Academy Awards. It isn’t just who wins or loses. That’s often predictable way in advance and sometimes is a terrible choice (Shakespeare in Love over Saving Private Ryan? Dances with Wolves over Goodfellas? Out of Africa over The Color Purple? Crash over Brokeback Mountain? How Green Was My Valley over Citizen Kane? – to name a few) I love the whole experience – the stars, the glamour, the jokes, the celebration of movies.

As a matter of Oscar pride, I have seen every Best Picture winner. I’ll tell you now, Cimarron from 1931 is a terrible, terrible film. For the past decade or so, I have made sure to see every film nominated for the Top 8 awards (picture, director, acting, writing) and also Animated Film, just because I love Animated Films.

So here are my thoughts on who SHOULD win the awards. If you want to know who WILL win, there are plenty of sites that will guide that better than I can. Siskel and Ebert used to this every year and I loved it.

PICTURE – Argo – I thought it was the best film experience of the year, so no surprise I think it SHOULD win.

DIRECTOR – With some major directors not nominated (Affleck, Bigelow, Hooper, Tarantino), it becomes a toss-up between Steven Spielberg and Ang Lee. Both of their films were impressive feats. Either one deserves it, but I am going to pick Ang Lee because his film was so technically complex. 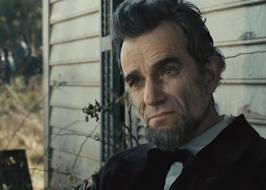 ACTRESS – Another tough choice. Jennifer Lawrence’s performance was a bit too sitcom. Jessica Chastain was utterly absorbing, but the role didn’t have enough heavy lifting. I pick Naomi Watts in The Impossible who was part of a very underrated film that made me cry for two hours.

SUPPORTING ACTOR – The most deserving is Leonard DiCaprio in Django Unchained. But he wasn’t nominated, so I think Philip Seymour Hoffman was stupendous in The Master even if the film wasn’t that good. 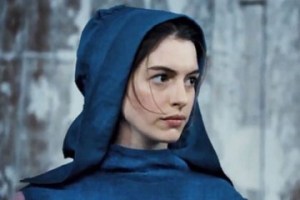 SUPPORTING ACTRESS – I was not that impressed with Sally Field in Lincoln. Amy Adams was good, but not good enough. Jacki Weaver mostly stood around as “straight man” to the rest of the cast. Helen Hunt is getting more credit for taking her clothes off than for her acting – and I have never really liked her acting. But it isn’t by default I pick Anne Hathaway. Even as I saw Les Misérables on opening day, her performance was already getting intense hype. And it lived up to it completely. She owned ever moment of her limited her screen time. And she made a song that Susan Boyle had basically controlled into her own.

ADAPTED SCREENPLAY – Give it to Tony Kushner for Lincoln. He took a thick, political discourse in Team of Rivals and turned it into a makeable film. He excelled at art of adaptation.

ORIGINAL SCREENPLAY – Moonrise Kingdom by Wes Anderson. It will always be Wes Anderson as my choice for this category.

ANIMATED FILM – As I noted in my Top Film post, I thought ParaNorman was the best and most original of the feature cartoons this year. But when Wreck-It Ralph wins, I won’t be sad.

Again these are who SHOULD win. Not who will win. 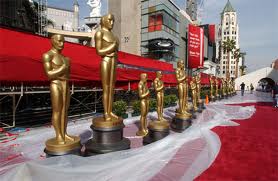 Please note: On Sunday, I will be sitting in the bleachers by the Red Carpet. Follow me on Twitter at @MarkKaiserman and on Facebook for updates during the day A blog reflection with photos will be posted on Monday.