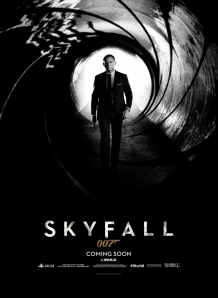 Is James Bond still relevant? That’s the very obvious subtext of the newest Bond film Skyfall. Methodology, age, changing nature of villainy, and the rise of technology all imply that James Bond is no longer needed. For the filmmakers, they care less about making a statement on secret agents and more on secret agent movies. Can a Bond film still make money? Given the box office of  the film in England, they need not worry.

I fell in love with James Bond films as a kid growing up in the Roger Moore era. His Bond was a little older (Moore was already 46 when he made his 1st Bond, 56 when he made his last) with a bit more camp, goofy secret gadgets, and ridiculous villains I loved it as a kid. Then I came across Ian Fleming’s novels and read every one of them. By then, the Bonds were available on VHS and I immersed myself in Sean Connery’s tougher and sexier Bond with more original Fleming stories. (And there was that one good movie with George Lazenby)

The Timothy Dalton and Pierce Brosnan eras did little for me. I was thrilled that reboot came with Daniel Craig and Casino Royale. The movie was really good, but not the best. But I thought Craig’s portrayal was the truest to the Fleming novels. The follow-up didn’t do much for me and has the worst name of any Bond film. At least Octopussy let us say something dirty without getting in trouble. Quantum of Solace was just someone showing off dictionary skills (even if Fleming originated it).

For the 50th anniversary of Bond films (Dr. No, 1962), Skyfall is filled with every Bond cliché and piece of nostalgia you are seeking. Make a list in your head of all the kind of things you love from a Bond film; chances are most of them are somewhere in this film. Great theme song? Check. Martini Shaken not Stirred? Check. “Bond, James Bond”? Check. And so on. And just in case you are missing one of these nostalgic moments, the wonderful and classic Monty Norman theme song is usually played to get your attention. 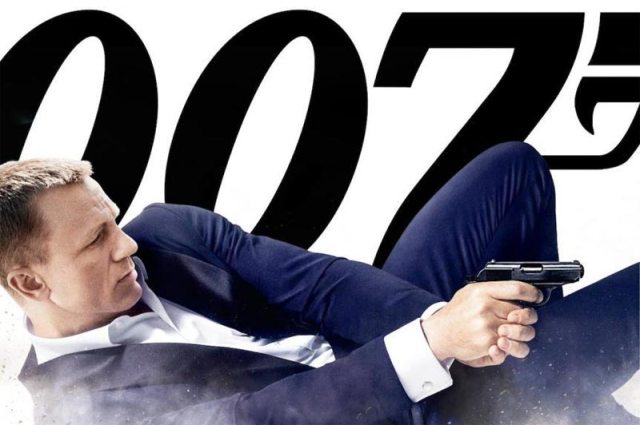 In fact, the best chunk of the film comes when a scruffy, angry, tired James Bond gets a shave and puts on the tuxedo. Then he jumps head first into all the classics: gambling, flirtation with a female working for the villain, fight with the henchman, sex with the Bond girl, meeting the eccentric villain, the villain reveals his plan, etc.

There are some great set pieces including the pre-title chase in Turkey and a chase through the underground London. But otherwise, the film moves slowly. It never develops Judi Densch’s M in a way that I care about her plight or her past. And the closing fight was not Bond-like and felt more inevitable than suspenseful.

The whole film journeys to a necessary conclusion, Yes! Bond is relevant! And good thing. Daniel Craig is signed for 2 more films (when he’ll be approaching 50), so the movie ends by repositioning Bond’s world with a new stable of supporting characters. As they create new stories for these 2 films, I hope they celebrate Bond not by nostalgic asides, but by creating a FUN, exciting adventure for him.